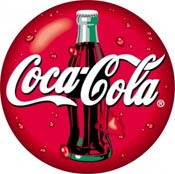 So I recently took a business trip to Atlanta, Georgia, a place that used to be as boring as… well, Atlanta. You see it wasn’t till recently that the city started to grow in entertainment, and over the last few years I have been making my visits through a yearly business trip to our sister office. I ended up taking the job again so I rented a Ford Escape from Thrifty Rent-a-Car and head up north. Anyways this year after I had spent a day in a meeting with some colleagues they told us about the new Coca Cola museum that they just put in. The way they described it was that all the small museums around the U.S. had combined their knowledge and resources to make on large showcase, that has everything there is to know about everyone’s favorite drink (Yet to be determined).

As soon as you walk through the lobby which is filled with screens of changing pictures that show people all around the world drinking Coca Cola you enter what is called the Coca-Cola Loft. Here you can see just how the awesome drink was started, in fact I encourage you to read up on its history somewhere, it’s kind of comical in its own way. From there you head to the “Happiness Factory Theater, where they show you how they produce so many Coca Cola bottles a day, it’s really amazing.

Finally you head on into the Coca-Cola Hub. Here it’s like an airport, and by that I mean that it is surrounded by terminals. Each terminal houses its own set of attractions/information. One of the rooms is called the Bottle Works, and it’s my favorite. You get to actually see the Coca Cola bottles being produced, no screens, no cameras it’s literally the assembly line behind a glass, definitely the coolest part.

I am not going to spoil the rest of the experience for you, but if you’re in town it is an awesome place to visit. I gave you just a small amount of what there is to see, and truth be told I didn’t explain a lot. That is because there is so much to see and do that I just don’t have the time to tell you it all! As far as I am concerned the Coca Cola Museum is a must if you are visiting Atlanta.
Posted by Highlander at 2:12 PM